Trapped In An Elevator

She’s there. Maybe four feet away. Her mahogany colored complexion contrasting vividly with the matte finished steel wall of the elevator. The scene reminding me of a silver bracelet with dark wood inlays that I didn’t buy. I bought the pendant instead; and after three broken chains, I sprung for a Byzantine chain with a thicker gauge. I wear about $400 worth of jewelry around my neck each day. Not bad for a guy who has little use for jewelry.
From her deep squat with her arms encircling her knees, her head snaps up. I know that face with the serious eyes that seem to bore into you and stomp around your soul.
“Doc, what is she looking for?”
Unlike last night, she is not wearing any jewelry. The gaudy engagement ring absent. A single, delicate gold chain is draped around her neck. If wonder if she’s dressed things down for me tonight.
She’s there. Maybe four feet away. Staring at me. The elevator tonight that serves as our echo chamber turned chamber of hell is smaller than the elevators from our two previous encounters. The oversized elevator from an unknown hospital last night and the even larger elevator at Second Baptist Church of Los Angeles from two weeks ago, both dwarf the elevator we occupy tonight.
Each night, we’ve been trapped in these industrial caskets. I’ve broken the uncomfortable silences with attempts at conversation, some light, some playful, and some “deep.” She did not respond. My waves of sound bounced off of her and the uncomfortable silences became ominous like an approaching tornado.
Tonight, I just stand there. The elevator vibrating to create a low hum. In my silence, I slide down against the wall behind me until my butt presses against the ceramic tiles on the floor. The elevator is vibrating during my descent, then it stops as I settle in. My kneecaps pointed toward a roof—that may or may not be above—and my hands clasped together just above my ankles.
Tonight, she maintains her stare and says, “Hey Nephew.”
“Hey Auntie,” I reply
“What brings you here?” she asks.
“I don’t’ know.”
“Really? You don’t know. This is the third night that you’ve interrupted my slumber. This is our third night together and you’ve learned a little something, but, clearly, not enough.”
“Throw shade, much?” I replied with a playful sarcasm. My eyes roll toward the back of my head, taking away my sight of her and the space we share. I absent-mindedly shake my head and she smacks her lips in response. I look at her, then cock my head to the side with a annoyed and quizzical face. I realize that she’s talking tonight and I relinquish my grip on needing to insult her. I exhale heartily and my shoulders drop from their heightened state, then say, “The Doc says that there are things about you that are in me and I’m mad about it.”
She nods.
“I’m thinking that it’s entitlement,” I offer expecting her trademark verbal backlash and emotional slashes. Instead, she just nods as if a sage elder. “Apparently, I’ve gotten lazy or nurtured a misguided sense of entitlement.”
“How so,” she asks.
“I’ve forgotten how to work hard,” I suggest.
“No you haven’t,” she says through a sigh. “You just haven’t decided what you’re working toward. You do know that that is your decision” she says, lifting her voice at the end to let me know that her question was not rhetorical.
“Yes, I do.”
“Then act like it!” she snapped. “Shit is funky and it’s time to take out the trash!”
“Don’t talk about my house like that,” I shout back at her. She then interrupts me to say, “Your house is garbage,” her eyes adding a bit of fire to their seriousness. “Lazy is not the word to describe you. Complacent, maybe. On another day, entitled could fit as well.”
I wondered if she even knows what complacent means, then I remember that this is not her. She is merely a reflection of my subconscious.
She leans in to bring her face three feet from mine and asks, “Who are you?” The inquisitive precision of her question as sure as the exactness of her physical distance from me. I’m taken aback by the clarity of her question and the uncertainty of the only reply that would come to mind.
In distracted resignation I reply, “I’m me.”
“Nope. That’s not good enough now. We’re at the crossroads and you can no longer be lonely—great song, but the way—and it’s time for you to embrace your Boo and bring him to meet the family.”
I knew what she meant. She, James Hollis, and my therapist have teamed up to make me aware of what the last five years have been. A mid-life crisis. How cliché! I always thought I was too young for that kind of thing. Sure, I’m closer to 50 than I am to 30 or to 40, but damn! I don’t expect to live past 90–and I don’t want to if these knees and hips are going to be so problematic—so I guess my 40th birthday would certainly be the start of a mid-life crisis. Perhaps this troublesome trio will guide me through my midlife crisis as well.
Who would I be? Hmm, a shadowy figure? Uhh, a self-actualized being? At the close of this dream, I am Person Undefined as my eyes open to meet the morning sun. 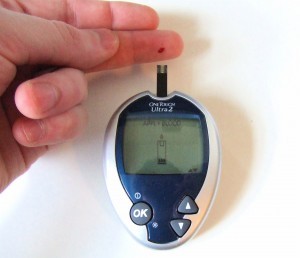 Thieves in My Temple